In ermesponti we grow this ancient craft with care and respect. 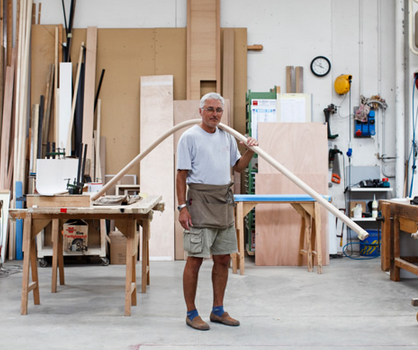 Many of our “falegnami” (the Italian wording our international customers don’t know) are actually master carpenters, who learned to work with wood, over the years, project after project, within our company.

In ermesponti, from the owner – who, despite fifty years of entrepreneurial history has always wanted the word “carpenter” on his ID – to be a carpenter means to be at the heart of the company, 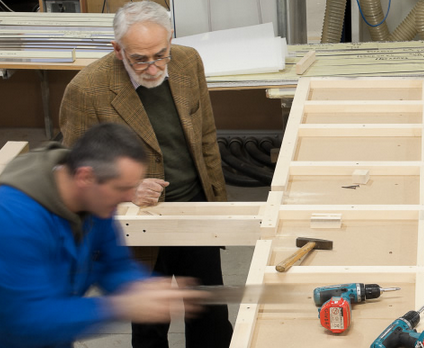 where “thought” becomes “act” through the work of hands, and then returns then to thinking phase in a constant and smooth process, with no separation between “those who think” and “those who make”. 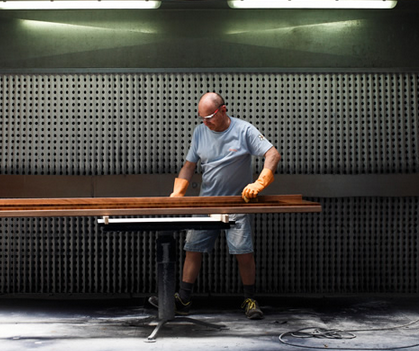 This constant “dialogue” between thought and action is a continuum that leads, in our opinion, to excellence in the production of a piece of interiors, whether residential, retail or yacht.

On a practical plan, here’s how the work is organized.

Every carpenter is responsible for its own work and its own micro-project (the part of the job covered in the specific work phase).
After talking with the architect on drawings, an ermesponti carpenter draws by himself the computer tabs needed for production, then cuts the panels with the CNC machine, so to achieve pinpoint accuracy even in the most challenging process; finally he completes the most important parts manually and assembles the furniture in the lab before the painting step, to verify its perfection.

This approach, simple yet not trivial, allows us to increase widespread creativity, while the natural problem solving of the artisan works together with the architect.

That is how we create value for our customers.
On second thought, no wonder that Architect Wang Shu (winner of the Pritzker Prize) states:
.

“If you want to be an architect, learn to be a carpenter” 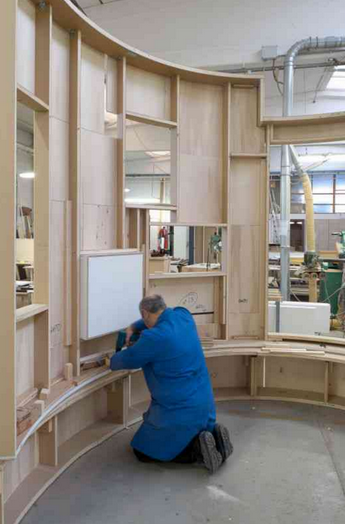 Paul Valéry wrote in Eupalinos or The architect from the mouth of the Phaedrus:
.

And do tell me (since you are so sensitive to the effects of architecture), didn’t you notice, going around the city, that some buildings are mute while other buildings speak and some others – very rare –  sing?

Well, a few weeks ago, we visited one of the capital – almost forgotten – of our country’s history and culture: Ravenna. 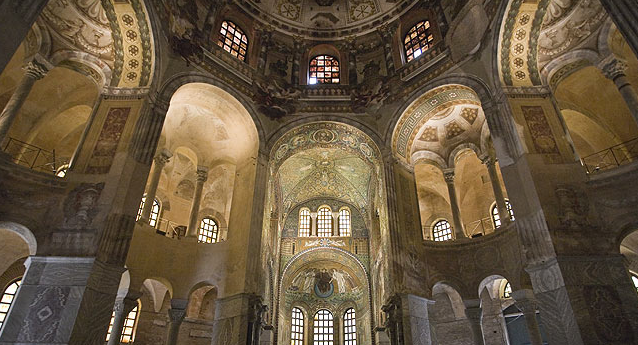 Here you can find many buildings that – as Valéry would say – speak, and even some which sing (we thing that master Riccardo Muti would like them as well, since he said that the deepest music lies in between sounds and not in sounds themselves, just like architecture it’s the space defined between the columns, not in the columns themselves).
And what a song rises from the Basilica of San Vitale in Ravenna!
A song – after 1500 years – still very much alive, strong, clear. Unforgettable.

A song that can be defined as “spatial”.
In San Vitale the chant of architecture feels so complete, with all senses involved in space perception. 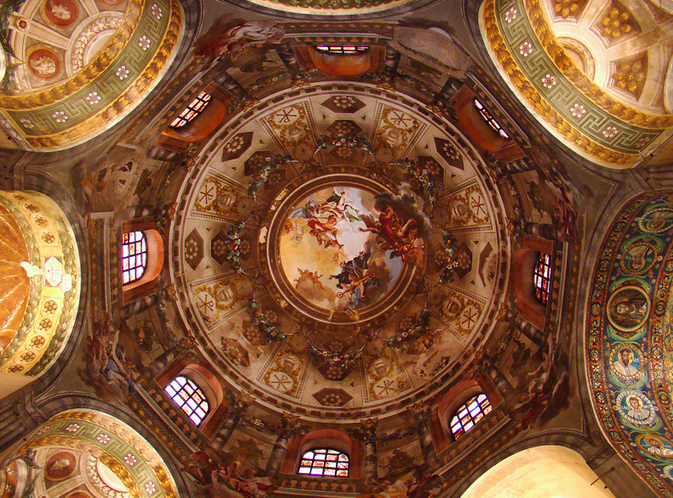 Roman architectural space here reaches its highest degree of “dematerialization” to the point that…. no place can be  more spiritual.

San Vitale puts the first stone of the development of all religious architecture of medieval Europe.
The circular architectural style, typical of Roman temples, becomes in San Vitale an organic system that breaks up the space in the direction of the centrifugal static forces.
The outer wall is almost denied, it is like a skin, moving and breathing.
The alabaster windows filter light like marble.
The thrust of the dome to the top is almost backwashing and the depth of the apse – crumbled by the immaterial light of the mosaic surfaces – steer straight for the “elsewhere”: the sky? 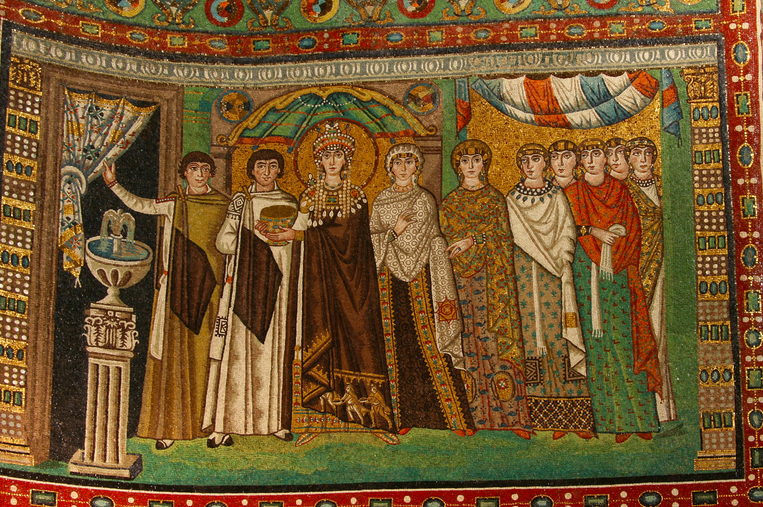 Even the original mosaics of the floor give an unusual depth… the feeling you get is like floating in a very sophisticated spatial dimension, almost immaterial.
.

…wrote Leon Battista Alberti a few years ago (in 1450) in his De Re Aedificatoria and its harmony is the “concinnitas” of all parties.
This is exactly what fascinates in San Vitale.

The architectural body itself and the relationship between all its parts (from the walls to the opening, to the single architectural detail) elevates us to another dimension.

There is no direction; the floor and the dome will suck you in and everything seems to spin around.

How could a human creation, an architectural building, reach such levels of mysterious beauty?
More than men’s work, it looks like a creature of God: pure light and spirituality.

Yet, man has designed and built this architectural masterpiece.

It’s amazing how the mind and hand of man can reach such high levels of expression.

The architectural chant of San Vitale is moving – then as now – with a harmony that touches the deepest chords of the human soul. 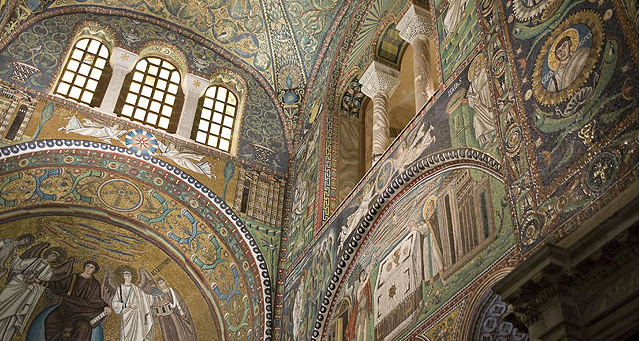